In doing so Jackson, son of former slaves, became the first African American to win the World Title. His victory was not welcomed, as any Obama-type triumph for the black community.  In an era of “Jim Crow” segregation laws, an unofficial color bar in boxing, and a mere fifty years from the emancipation of the slaves, the American boxing supporters were not ready to accept a black champion, particularly when that champion was Jack Johnson.

Johnson was a flamboyant character whose activities did not endear him to American society.  He openly flaunted the wealth that boxing success brought him, fraternized with white women and married three times, taunted his white opponents in the ring, and showed a contemptuous attitude to the boxing authorities.

Racism was rife in the sport.  Even the New York Times before the Johnson Burns title fight stated “If the black man wins, thousands and thousands of his ignorant brothers will misinterpret this victory as justifying claims to much more than mere physical equality with their white neighbors”.

The white boxing supporter detested Johnson and demanded a return to the status quo and a white World Champion.  The search for a Great White Hope, a white man with the ability to beat Johnson, began in earnest and until Johnson’s defeat to Jess Willard in April 1915, several boxers competed for the opportunity to take on Johnson, defeat him and restore what many saw as the natural order.

One such young boxer was an Irishman, Jim Coffey, born in 1890 in Tully, Loughglynn, Co. Roscommon.  Like so many of his fellow Irish people, Coffey emigrated to New York in his late teens to seek employment. While working with the tram company, Coffey encountered Tom Shaw, an NYPD policeman, who engaged in some friendly wrestling with Jim on a cold night in New York. The astute Shaw invited Coffey to the local police gym where he introduced him to the various skills of boxing.

Jim took to the sport with great enthusiasm and was subsequently invited to become a sparring partner to Carl Morris, an ambitious White Hope. Jim gave up his job with the tram company and became a fully paid sparring partner. But Jim Coffey had ambitions of his own to enter the ring and on the 26th January 1912, his opportunity came. Standing in as a late replacement he defeated Nick Mueler in six rounds of a bout at the New Polo Athletic Club.

Watching from the crowd that night was Billy Gibson, boxing promoter and large shareholder in Madison Square Garden who would later go on to manage Gene Tunney to a World Heavyweight Title. Gibson was impressed with Coffey’s display and subsequently signed him up.

Billy Gibson was a master of P.R. and when briefing the media about his new signing, he said that Coffey was just landed in New York from Roscommon in the “old country”, had been boxing for only three weeks and to further endear Coffey to the American public, said that his birth date was the 4th of July. Standing at 6ft 3ins. and weighing 210 lbs Coffey was quickly nicknamed The Roscommon Giant.

Under Gibson’s expert guidance Coffey fought many times in Philadelphia and New York over the next three years, topping the bill at Madison Square Gardens and winning many fights on a knockout.  By 1915 he had fought his way to the top of the list of contenders for a shot at the World Title. He was immensely popular, particularly with the large Irish emigrant population. On the occasion of his attendance at a concert in New York, Count John McCormack a great boxing enthusiast, introduced Jim to the audience as the “next Heavyweight Champion of the World” and the crowd in response serenaded Jim with “When Irish Eyes Are Smiling”.

In April 1915, Jack Johnson lost his title in Havana, Cuba when knocked out by a white man, Jess Willard from Kansas.  While Coffey was seen as the next worthy challenger for the title, the boxing authorities decided that he should first fight an eliminator bout, against Frank Moran, “The Fighting Dentist”, with the winner earning a title challenge against Willard.  Moran was the son of Irish emigrants from Islandtaggart, Clew Bay, Co. Mayo.  He earned his nickname as he was a former dental student when as his biographer Robert G Byrnes states “he decided that he could make more money by knocking out teeth than pulling them out”!

Frank Moran was no slouch in the ring.  He had lost on points in a title bout with Jack Johnson in Paris the previous year.  He was known for his ability to take severe punishment until he got an opportunity to use his fierce right-hand punch which he christened “Mary Ann”.

On 19th October 1915 Madison Square Garden was packed to the rafters for the meeting of Coffey and Moran.

Both fighters drew massive support from the  Irish emigrant population on the East Coast. Coffey started well, drawing blood from Moran’s nose and lips.  Moran soaked up the punishment and bided his time.  In the second round, Coffey was again on top, and sensing victory he moved in for the kill.  In doing so, he left himself open and Moran released a “Mary Ann” which sent Coffey reeling.  He managed to stay up until the bell.  In the third round, Moran came out meaning business, went on the offensive, and hit a fierce punch that staggered Coffey.

The referee intervened and held up Moran’s hand as victor. It was a devastating blow to Coffey’s title hopes.

Billy Gibson demanded and received a rematch. It was scheduled for Madison Square Garden on 7th January 1916.  Coffey commenced an intensive training program and entered the fight better prepared than ever.  His large support was confident of victory.  For the first seven rounds, Coffey fought Moran ragged and was well ahead on points.  He sensed that Moran was there for the taking.  But Moran was fighting with his usual patient plan. In the eight-round, Moran’s renowned stamina came into play. He kept taking punishment until he released a number of “Mary Anns” which connected with Coffey sending him to the canvas on three occasions.

Each time Coffey rose after a nine-count. Once more Moran connected and Coffey went down. He went to rise on the six-count but there was no recovery and Gibson threw in the towel.

Coffey was only twenty-five years of age, but with these two defeats, went his best hopes of a shot at the World Title.  Though continuing to fight until 1922, Coffey never again had the opportunity to fight for the title.

His manager, Billy Gibson, persisted in seeking a title bout with Jess Willard but Willard’s management steadfastly refused to give Coffey a chance. They had seen enough of his knockout victories over the years not to risk a title fight.

Frank Moran earned his opportunity for a title fight against Jess Willard. He failed to get the decision in a ten-round bout. When he finished boxing he went on to have a successful film career. Willard lost his title four years later to Jack Dempsey.

Jim Coffey hung up his gloves in 1922. Boxing had provided a good income for Jim Coffey and in 1914 he had bought a farm at The Glebe, Loughglynn. He returned home and later married Kate Kenny, a local school teacher.

Jim Coffey died in 1958, aged 68 years. He was laid to rest in Cuiltyboe Graveyard, Loughglynn.

It is some people’s belief that Maurice Walsh, author of The Quiet Man, received his inspiration for the character of Sean Ban Thornton, played in the film by John Wayne, from the story of Jim Coffey. There may be some truth in this belief. Walsh would have been aware of Coffey’s career and Walsh spent some time employed in Roscommon where there was a keen interest in Coffey’s career.

There is a definite link between the search for the White Hope and The Quiet Man. Following Jack Johnson’s winning of the World Title, he engaged in a number of exhibition bouts.  His first opponent was a young English boxer, Victor McLaglen, who would subsequently enter the film world and play the part of Squire “Red” Will Danaher opposite John Wayne and Maureen O’Hara.

In the late 19th century and early 20th century, there was a great tradition of Irish American boxers at the top of the various weights. Sons of Irish emigrants, such as John L. Sullivan with Abbeydorney parents, and Gentleman Jim Corbett with Ballinrobe parents, went on to become World Heavyweight Champions. Johnny Kilbane, of Achill Island parents, and Cleveland, Ohio held the Featherweight title for eleven years.

Jim Coffey never achieved the World Title that his talents deserved, but as a strong contender he will always be remembered for the part he played in an exciting period of American boxing history, and in the search for the Great White Hope.

The impacts of Title 42 on migrants at the US border

Tue Apr 12 , 2022
The Biden administration announced plans to officially lift the controversial policy known as Title 42 on May 23, but there’s growing concern that that move could lead to an influx of migrants at the southern border. Last year, migrant encounters more than doubled in all nine southwest border sectors, according […] 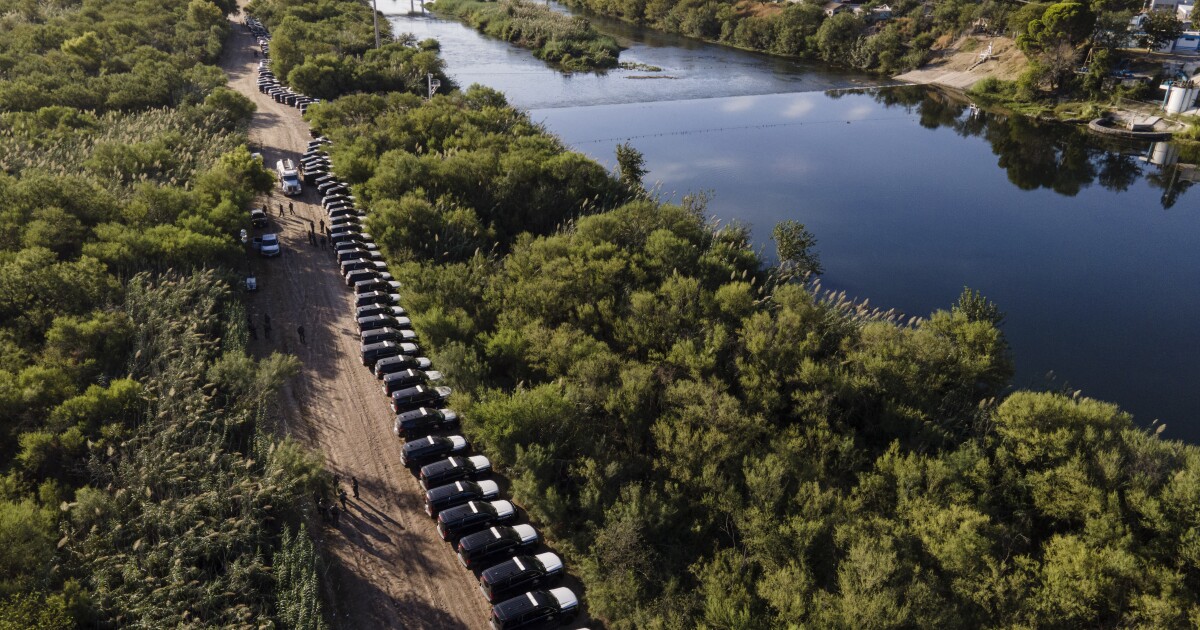 how to value a business