Harding said that premature planting is one common misstep she has consistently observed.

“Just because the retail locations have warm-season kinds of crops available, doesn’t mean that the weather is right to be planting,” she said, noting that the area has been grappling with daytime temperatures well below 50 degrees over the past few weeks and a couple of frost warnings.

“That’s way too cold to be thinking about planting tomatoes and peppers and things like that,” she said.

Harding added that daytime temperatures in the 70s and nighttime temps hovering no lower than the mid-50s are conducive conditions to begin planting.

“So we need to give it at least three more weeks and hope that we get some nice, warm days, and that the night-time temperatures warm up, too,” she said.

Harding attributes being overeager to plant to simple good-natured competitiveness.

“It seems like people are always in a friendly competition with their neighbor to see who can have the first ripe tomato,” she said. “But the plant is only going to grow when the conditions are right. You can put it out there, but it’s just going to sit there until the weather warms up. It might make you feel better, but it’s not going to do a darn thing.”

Harding said depth of planting is also a key element to a successful garden.

“You can run into issues if you plant anything too deep,” she said. “The same goes if you try to shove something in a container and it’s too shallow. Ideally, you want to plant about as deep as they were grown in the pot or container, and not much deeper than that.”

Harding said that tomatoes are an exception to that rule.

“They can be planted relatively deep,” she said. “A lot of people like to do that because the (portion) of the stem in the ground will develop roots off of that and that’s fine to do with a tomato.”

“They only need to be a quarter-inch deep,” she said. “So they’re pretty shallow if you seed them.”

Tithonia rotundifolia, also known as the Mexican sunflower, is among Harding’s favorite items to grow.

“They are probably my favorite annual to plant, because they attract so many butterflies,” she said, adding that they bloom throughout the summer and attract pollinators. “I start mine from seed, under a grow-light.”

The colorful sunpatiens is another annual flower highly recommended by Harding.

As far as perennials, Harding said she likes to grow an assortment of herbs.

“I don’t necessarily grow herbs to use for pollinary purposes,” she said. “But so many of them — like dill, fennel and parsley – attract the black swallowtail caterpillar (larva), and they just eat wup those herbs that I plant,” she said. “And that’s fine; I’m planting them because I want to provide a food source for those pollinators.”

Harding said that cold-crop vegetables should be the primary focus of the novice gardener.

“Like lettuce, spinach and radish. It doesn’t get much easier than that to grow,” she said. “The warmer-season vegetables like tomatoes and peppers can be a little bit temperamental, but I would still encourage people to do it. Give it a try – you might be pleasantly surprised.”

Harding said the best time to water is during the morning hours.

“You want to do it in the morning because that allows the plant time to dry the leaves off, which will cut down on disease and fungus pressure,” she said, adding that late-evening or night-time watering increases the likelihood of the leaves remaining wet for longer durations of time, in addition to the formation of dew on the plant.

“That’s just a good combination for trouble,” she said.

Harding also suggests utilizing a watering mechanism that can easily reach the roots of the plant, and that overhead watering should largely be avoided.

“So drip irrigation or a soaker-hose is really best,” she said, noting that watering near and around the roots of the plant is most ideal.

Editor’s note: While Harding still holds the title of horticulture agent, she was named Southwind Extension District Director in November, after serving as Interim Director prior to that.

Thu Apr 21 , 2022
WASHINGTON — Migrants attempted to cross the United States-Mexico border at the highest level in two decades as the U.S. prepares for even larger numbers with the expected lifting of a pandemic-era order that turned away asylum-seekers. Immigration authorities stopped migrants 221,303 times along the Southwest border in March, a […] 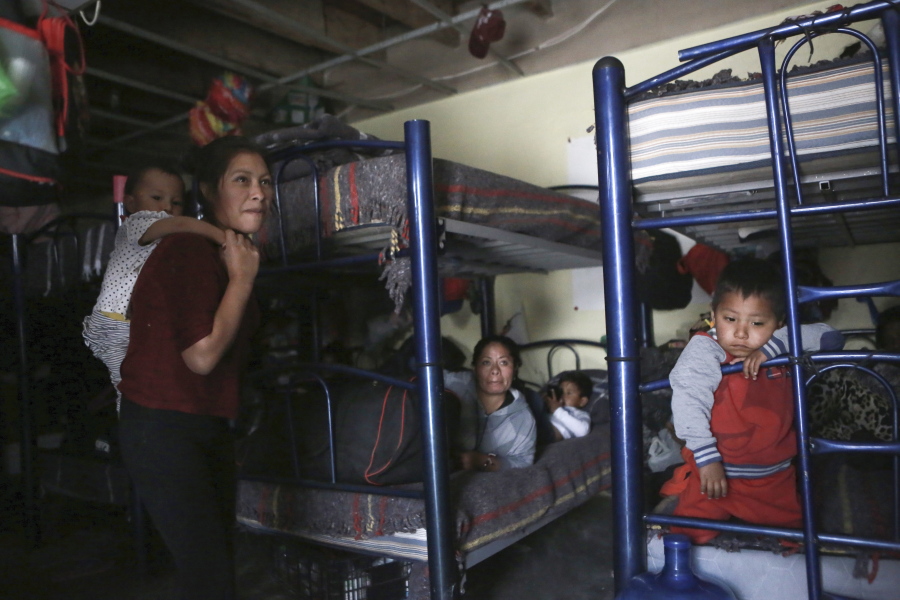