Detectives are continuing to search for an arsonist who firebombed a downtown Monroe business early Tuesday morning and caused damage to the interior.

In a video posted on the Monroe Police Department Facebook page, a shadow of a person could be seen outside Hassett Title, 33 E. Front Street. Moments later, a fire ignites and flames begin to burn items inside a reception area.

Public Safety Director Chad Tolstedt said a passerby luckily noticed the flames and called 911. While the damage was moderate, Tolstedt said it could have been much worse.

All the occupants in the apartments above the title agency were evacuated, and the fire was quickly extinguished by the fire department.

Tolstedt said the investigation revealed the suspect threw a rock through the window and the contents of the front office ignited seconds later. He said it was the second incendiary threat to the business during the past week.

On March 14, it was reported to police that an unknown male subject put an envelope in the door, during business hours, claiming contents of the envelope will kill and if not, the bomb inside the building will.

This was a threat to all occupants of the building and business. The Monroe Police Department contacted the FBI, which sent resources and responded to assist with the investigation. Working in conjunction with the FBI, it was determined through testing that the contents of the envelope did not contain a harmful substance. The business was swept for explosive devices and nothing was found. Although a thorough investigation was conducted, it ultimately ended with the threats being deemed not credible.

Detectives on scene indicate that it is highly probable that the suspect in the first incident is responsible for the incident this morning and that Hassett was not chosen randomly.

“We believe it was targeted,” Tolstedt said.

It is also apparent that the threats of violence being carried out are escalating in severity. The identity of the suspect in this case, as well as the previous case, is unknown. There were no injuries and all occupants of the apartments above the business were able to evacuate unharmed. At this time, detectives are actively investigating the case.

“I would like to thank our community for their support on scene and the citizen who reported this morning’s fire,” Tolstedt said. “Due to their immediate actions, we were able to respond without delay to the location of the structure fire and extinguish it quickly. Thank you to the firefighters and public safety officers of the Monroe Public Safety Department for their hard work and dedication.”

Assisting at the scene were the Monroe Township Fire Department and to Monroe Community Ambulance.

Anyone with information pertaining to either incident at Hassett Title is asked to contact the Monroe Police Detective Bureau. Detective Merkle can be reached at (734) 243-7517. 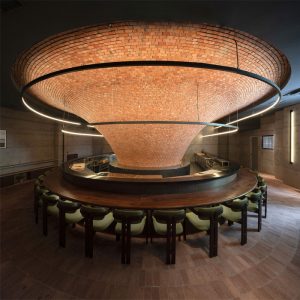