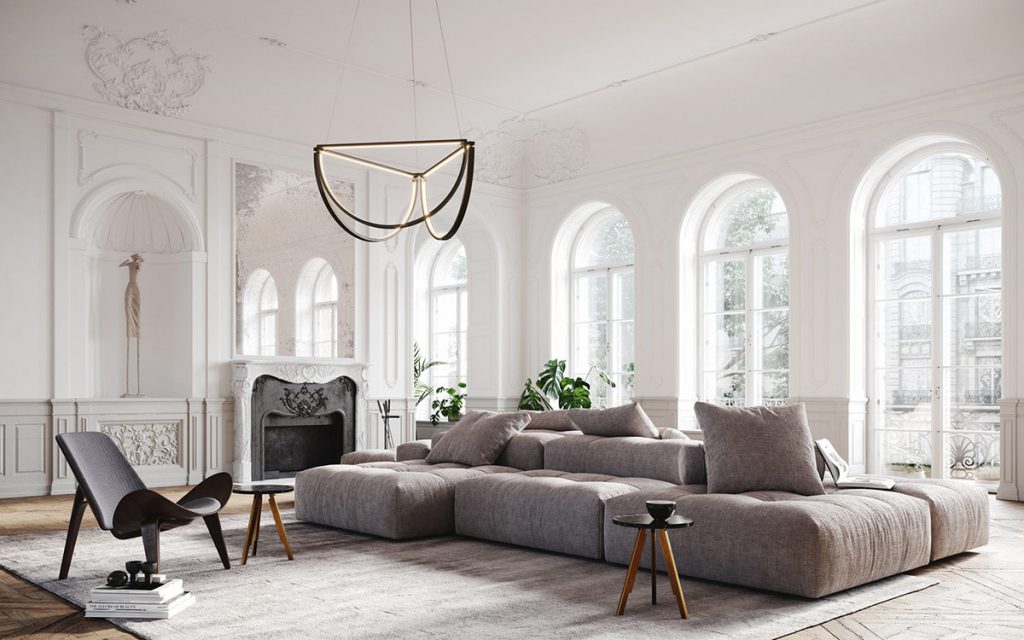 Our first inspirational neoclassical piece is a home concept visualized by Juraj Talcik and Veronika Demovicova for AlexAllen Lighting. The visualisations style the same space with multiple options for lighting, along with small changes in minor
… Read More 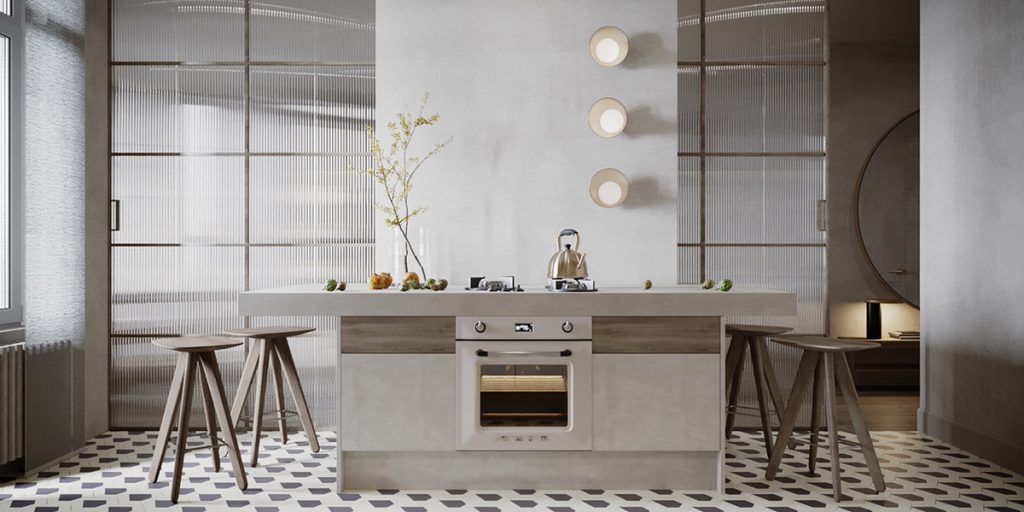 These two 100 square metre home designs are the epitome of elegant modernity, depicted in light and airy palettes of soft white, whispers of pale grey and moments of natural wood tone. We will tour one contemporary home that comes alive with neat Scandinavian chic and a hint of warm boho vibes, designed as an escape from the homeowner couple’s demanding business trips. Next we’ll fall into a comfortably curvaceous decor scheme with sleek styling, unique silhouettes and intriguing glass partitions, which include a pocket door kitchen and a master bedroom closet/ensuite combo. Floor plans are included at the end of each home tour for layout inspiration.

In Kyiv, Ukraine, our first elegantly modern 100 square metre home interior is an apartment that was designed for a young couple. The homeowners spend a lot of time travelling for business, so they wanted their
… Read More

When Jay Jenkins of Jenkins Baer Associates gets involved in a project, it inevitably grows branches and blooms. Such was the case when he was contacted in 2017 by the longtime owners of a Baltimore County estate.

“They originally reached out to me to remodel the kitchen; of course, this evolved into gutting the space,” Jenkins recalls. Before long, the existing floor plan had changed, with the new kitchen replacing the family room, and a new family room absorbing what had been a media room. “We went on to do an extensive addition, encompassing a home theater in the basement and a master suite above it,” says the designer, who ultimately ended up redecorating the entire house.

The 14,695-square-foot, French manor-style abode was originally designed for the family in 1993 by Jay Brown of Levin/Brown 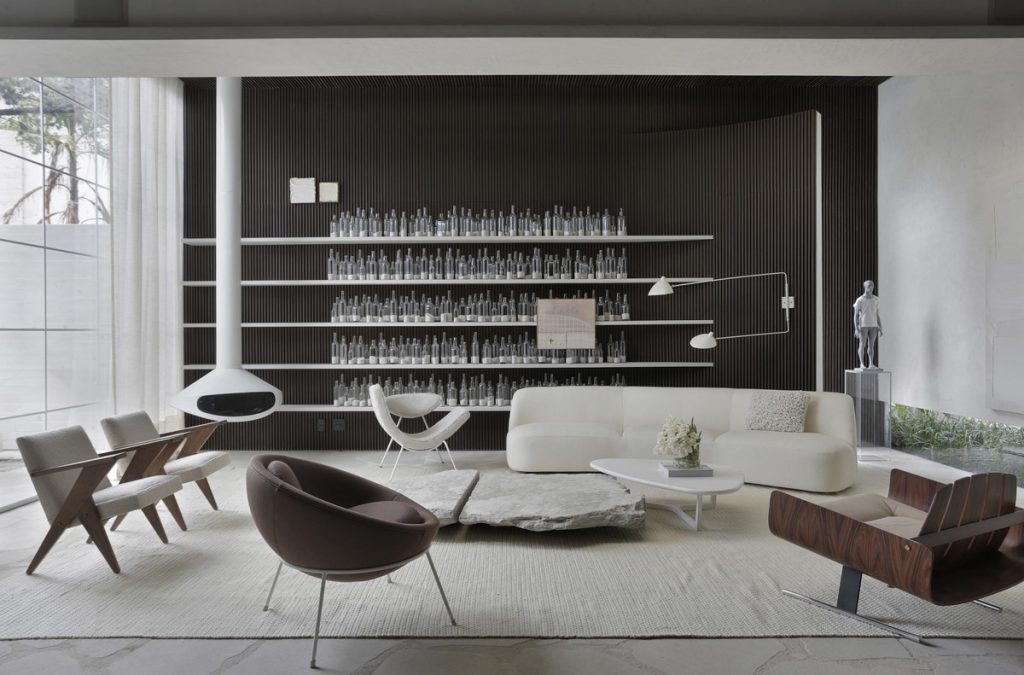 A rustic yet elegant 155 square metre apartment resides in Cidade Jardim, Brazil, created by architect Nildo José and team. Casa Dendê Duratex is a clean and minimalist architecture. Crisp lines are employed and covered in a monochrome colour palette to convey an atmosphere of modern sophistication. However, curvaceous elements come into play too, dramatically rounding out the seam between wall and ceiling with both impact and grace. This fluid environment works as an analogy of the Bahian recôncavo, whilst light filtering muxarabi screens honour traditional Bahian architecture. This architectural element is utilised to build ‘boxes’ within the layout too, which house a concealed kitchen and an ensuite bathroom.

An entire wall is dedicated to Brazilian cachaça bottles in the living room, giving a long black feature wall a reflective quality. The bottles are decorated with Bahia’s sand, giving a subtle nod
… Read More