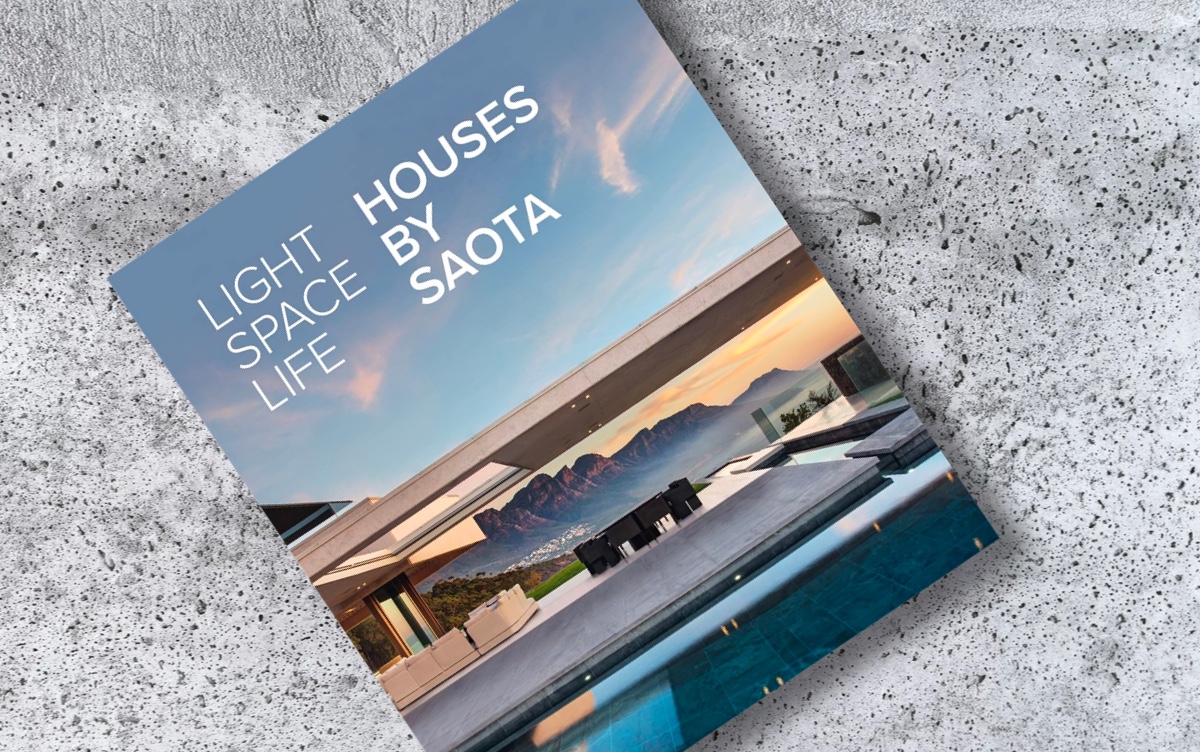 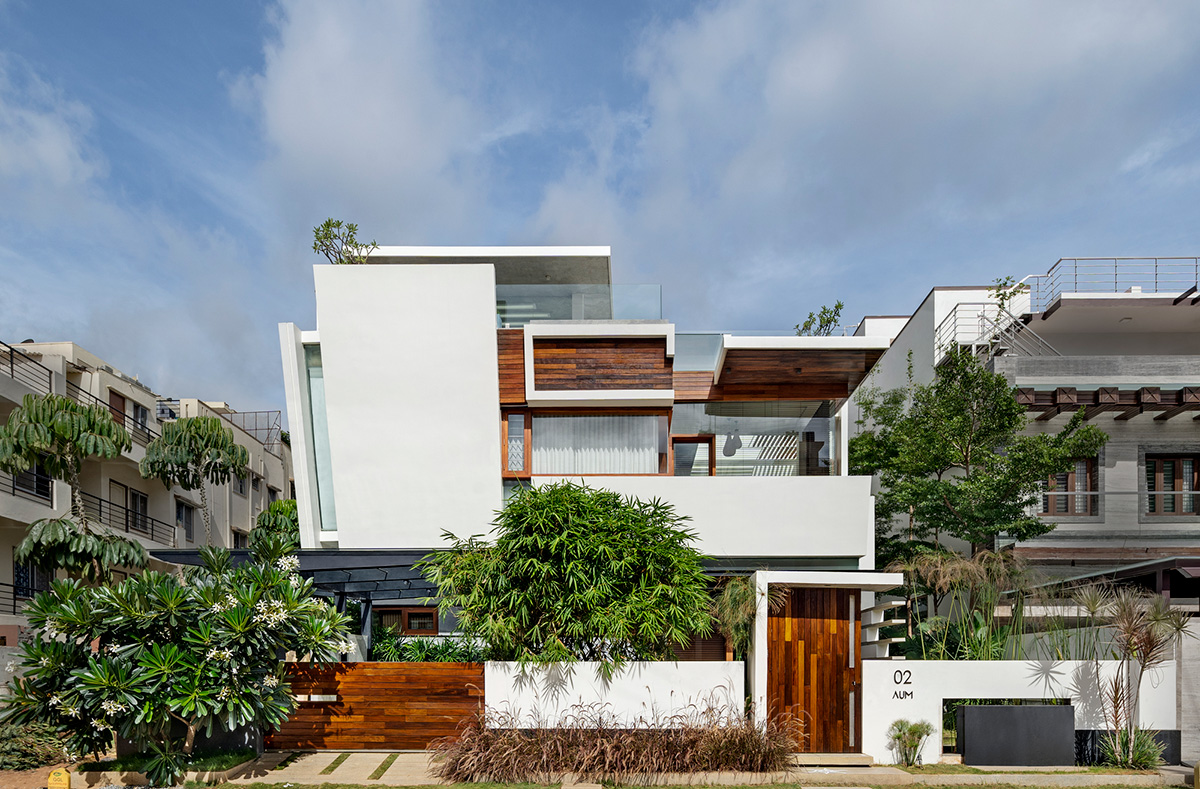 Abstract, linear volumes stack to form a crisp modern 4266 square foot home for a family of five in Bangalore, India. Created by Crest Architects, the unique angular form stands out sharply against a grey, densely populated metropolis. Clean white concrete and rich wood cladding encase a dwelling based upon the ancient architectural science of Vaastu, which embraces the benefits of nature. The interior spaces are simple, spacious and designed around two landscaped courtyards, each with skylights that flood sunlight into the openly interconnected floors of the house. The natural greenery brings a valuable piece of the outdoors inside of the introverted city abode, with trees that draw the eye upward through the impressive void.

An illusion of levitating masses is achieved with slits and openings around the modern home exterior, which gives the building its
… Read More 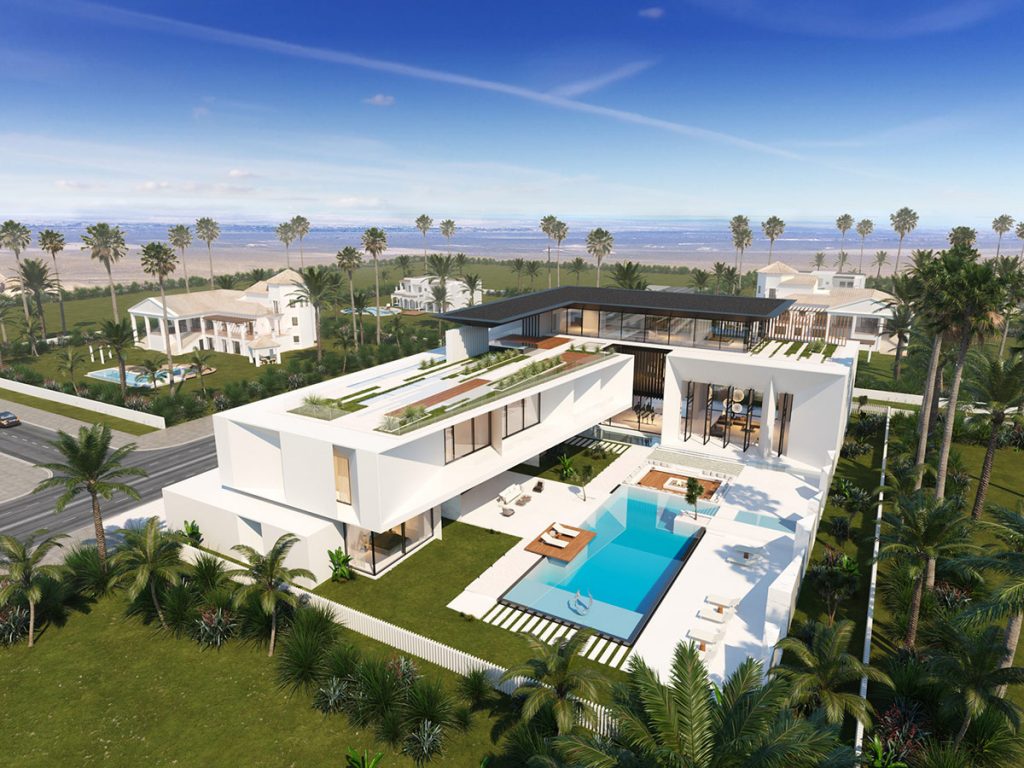 Come with us to the United Arab Emirates, as we fly around the exteriors of five spectacular modern luxury villa visualisations by Ruslan Latypov. These are ultra contemporary creations with sharp angular architecture, huge expanses of glass that showcase luxurious interior living spaces, and massive pool terraces filled with outdoor living spaces. It’s the grand exterior of these homes that pulls our focus, worship and envy for today. We’re going to tour stunning facades with chamfered overhangs under atmospheric perimeter lighting, palatial home entryways with towering front doors, and all of the glory that unfolds in the rear of these properties over exterior zoning for family, fun and entertaining.

Our first luxury house exterior is a stunning villa in Ajman. The front of the house stands open to the road and close to neighbours, with only scattered palm trees, tropical shrubs and a
… Read More 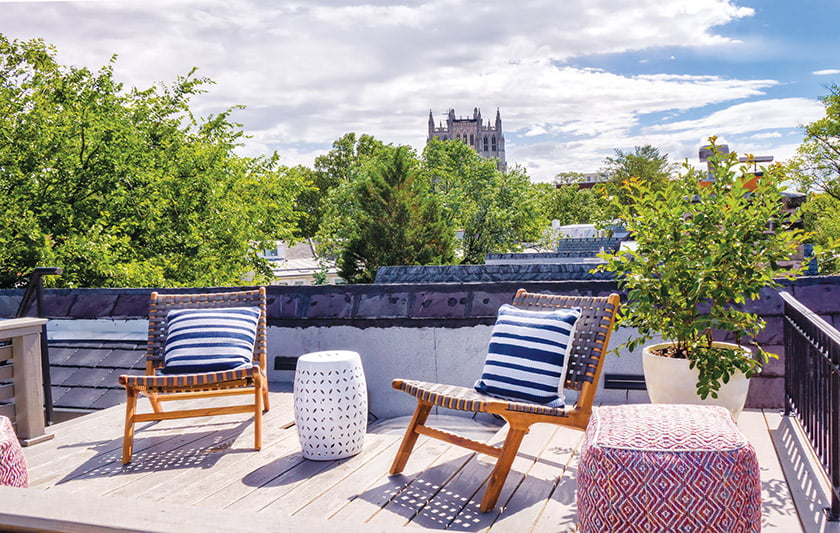 A  couple, both in their forties, wanted to combine households.Each brought his own distinctive style and preferences to the table; one was coming from an all-white row house in Columbia Heights while the other occupied a contemporary Dupont Circle condo. They searched for a year before finally settling on a semi-detached 1927 residence designed by the prolific early-20th-century architect Harry Wardman, located near Washington National Cathedral. “It was perfectly livable,” says one of the owners. “It just hadn’t been updated in 15 or 20 years.”

To remedy the home’s problems, the owners—a communications executive and an attorney—turned to a mutual friend, architect and designer Patrick Brian Jones. They tasked him with drawing up architectural plans and creating an initial furniture scheme, then made their own interior selections based on Jones’ ideas. “The house was 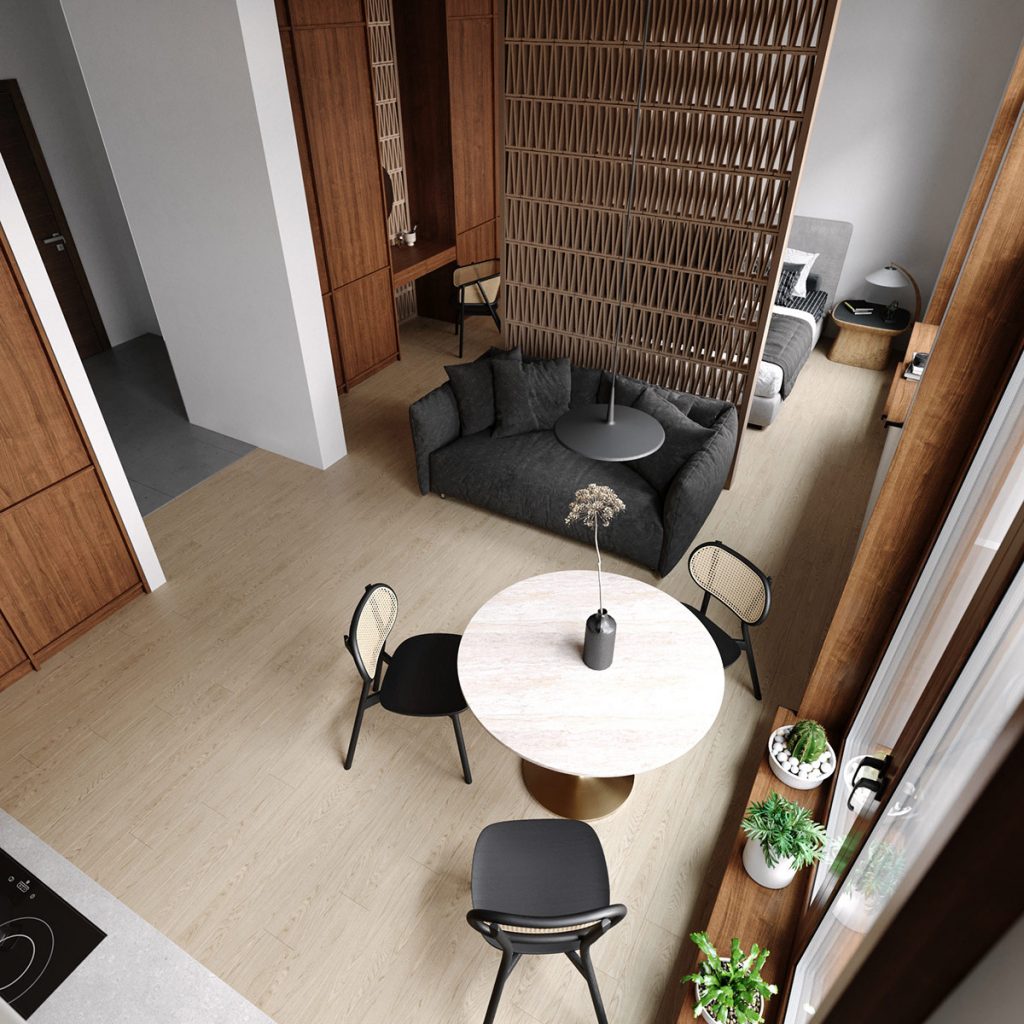 You might think that a big house would be the most aspirational but these chic small spaces really reboot the dimensional mindset. These four high-end, style abundant apartments have given us a real case of studio envy. Small yet perfectly formed, these upmarket places have everything the heart desires in terms of modern home comforts and deliciously luxe aesthetics. Made-to-measure elements ensure that everything just flows and satisfyingly fits every last nook. Rich wooden accents and dark notes bring soothing warmth and weight to the palette of each modestly sized interior. The tonal combination creates a look of confidence, edge, and utmost sophistication.

This studio apartment is separated into two distinct halves with the introduction of a decorative screen. The screen extends between the foot of the bed and the back of a loveseat on the other side. Looks like the owner
… Read More