Houston’s newest theatre company, The Garden Theatre, has announced its plans to bring School Girls; Or, the African Mean Girls Play by Jocelyn Bioh to the MATCH. The popular contemporary play will run April 29-May 8, 2022 at Midtown Arts and Theater Center Houston (3400 Main St.) in the heart of midtown.

School Girls; Or, the African Mean Girls Play is a contemporary play written by Jocelyn Bioh, who is of Ghanaian-American descent. The production focuses on Paulina, the reigning queen bee at Ghana’s most exclusive boarding school in 1986, who has her sights set on the Miss Global Universe pageant. But the arrival of Ericka, a new student with undeniable talent and beauty, captures the attention of the pageant recruiter-and Paulina’s hive-minded friends. This buoyant and biting comedy explores the universal similarities (and glaring differences) facing teenage girls across the globe.

Throughout School Girls, the audience is taken on a journey that looks closely at classism, racism, and colorism. Playwright Jocelyn Bioh achieves this through moments of drama, sincerity, comedy, and laughter – all with a little Whitney Houston thrown in. The show’s original director, Tony-winner Rebecca Taichman, says the play “smashes up this real comic point of view with profound sadness and anger. But it’s lifted through this comic impulse. Always.”

“When choosing our first season, I knew I wanted stories with universal messages,” says Founding Artistic Director Logan Vaden. “I wanted our first shows to be things that everyone could connect to in some way or another. It had been so long since we were able to connect inside a theatre. The subtitle to School Girls is what caught my attention first. As a millennial, the 2005 Tina Fey comedy Mean Girls is etched into my brain. When I saw The African Mean Girls Play scrawled across the cover of a script, my interest was piqued. How could a play set in Ghana in 1986 share similar qualities to a mostly-white American movie from my teen years? Upon reading it, I realized how universal these themes are. There have always been, and will always be, mean girls in the world. But what makes those mean girls tick? What are their problems? Are they actually just flawed heroes? School Girls gripped me as it tackled all of those questions in a story I personally know so well, in a time period a few years before I was even born. I continue to be fascinated by Jocelyn’s Bioh’s work in School Girls, even after reading it several times.”

School Girls was first produced in 2017 at MCC Theater in New York to a sold out, critically-acclaimed run, winning the Lucille Lortel Award for Best Play. The show was named a New York Times Critic Pick. Subsequent productions have received similar praise all over the country. Jocelyn Bioh explains in a note in the script that, “In 2011, the Miss Ghana pageant officials, in an attempt to become the first West African country to have a viable and perhaps winning contestant in the Miss Universe Pageant, named Yayra Erica Nego (an American-born and Minnesota-raised biracial woman) the winner of the Miss Ghana pageant.” She continues to explain that officials of the contest claimed her father was from an obscure area of Ghana, never giving his name or his whereabouts. She beat out two of Ghana’s most famous models for the title, but did not place in the Miss Universe pageant. As Bioh says in the note, “I thought that was pretty damn interesting… So I wrote a play about it.”

School Girls; Or, the African Mean Girls Play will run for ten performances only from April 29- May 8, 2022 at MATCH (Midtown Arts and Theater Center Houston; 3400 Main St. Houston, TX 77002). Adult tickets are $30. Student and senior tickets are $20. Tickets are available on the theatre’s website at www.thegardentheatre.org or by calling the MATCH box office at 713-521-4533.

Thu Apr 28 , 2022
Communities on the U.S.-Mexico border are worried about the lifting of Title 42, Rep. Henry Cuellar (D-Texas) said Sunday. Cuellar told “Fox News Sunday” that President Biden’s decision to lift Title 42, a controversial policy allowing for the expulsion of migrants at the border under a public health emergency, has […] 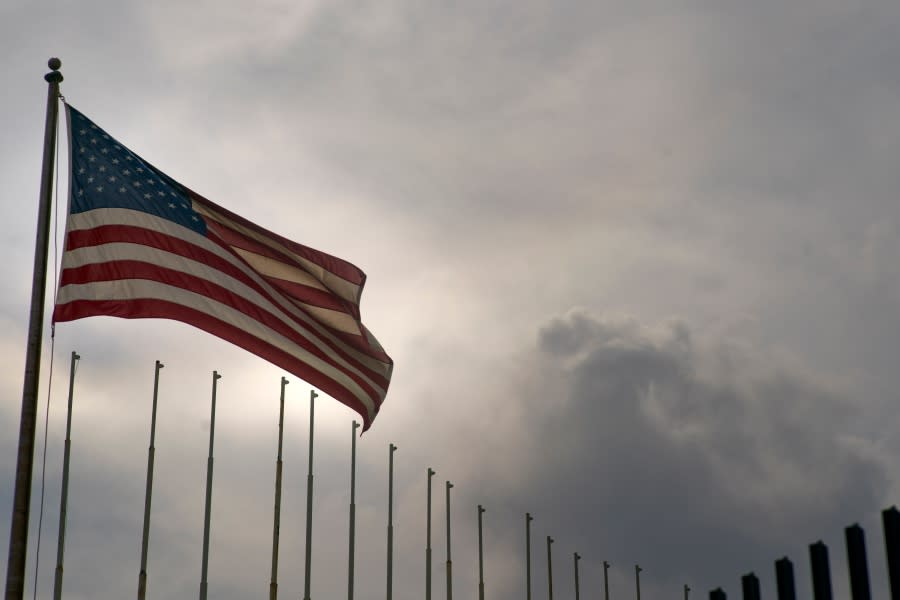