For the first time since 2014, the St. Mary Viking baseball team took home the First Region All “A” classic title. The Vikings took on the Hickman County Falcons on Friday night in contest for the title and two huge offensive innings got it done with a 7-6 decision.

Hickman played consistent baseball from the get-go, scoring a single run in the first three innings of the game. The Falcons led 2-0 thanks to runs by W Carter hitting ground ball to left field for an RBI single to bring home Micah Naranjo. Coleson Naranjo would kick things off in the second inning with a solo homerun over the left field fence just out of reach of the Viking defense to make the 2-0 deficit.

Brett Haas got things going for the Vikings in the top of the third inning when he hit a line drive single and advanced to second on a thrown ball while teammate Avry Duncan rounded home and Cade Fleming stood ready in scoring position. Landon Durbin was sent walking intentionally by the Falcon pitcher to load the bases for St. Mary. Duncan stepped back up to the plate; hit a ground ball to short, allowing Fleming, Haas and Durbin to all score for a 4-2 ball game.

Subsequently during the play, the field umpire was struck by a ball in the back of the head forcing a time out.

“I’m proud of my team, we are trying to build a program here, we try to play fundamentally sound baseball and the guys came out and played a great team effort,” St. Mary head coach Chris Haas said. “Luke Heath started us off well, we had a lot of timely hitting when needed, ran the bases well and Brett came in and shut the door for us.”

The Falcons kept things close in their portion of the third inning in the last play of the inning. Tyler Hoff grounded out for the third and final out but not before Walker McClanahan scored on a pitching error, making it a 4-3 ball game.

St. Mary got busy again in the top of the fifth inning starting with none other than Duncan at the plate. He was walked with the bases loaded to bring in one run and kept the bases loaded. Luke Heath sacrificed and reached on an error in the next at-bat to score Haas and Durbin thanks to an error at first base, making it a 7-3 game and a runner in scoring position. That would be in for the inning though, as the next to batter for St. Mary were outs.

Micah Naranjo kept things interesting with two outs on the board in the bottom of the fifth inning. McClanahan snuck around the bases while his teammate was at bat, stealing second and third bases. He was brought home when Naranjo hit a dinger line drive to center field for a homerun, making it a 7-5 game. The Falcons defense would hold the Vikings to a quick possession in the seventh and got right back to work at the plate in the top of the final inning.

The sixth run for the Falcons came when a balk error from the pitcher’s mound deemed illegal by the umpire, allowing Gabe Dowdy to walk freely home. In the same at bat, Naranjo would hit a grounder and be thrown out at first base for the second out. The Vikings defense stayed focused with two outs and a runner on first. Haas stayed composed and threw out the final Falcon batter and closed out the game.

The Vikings will turn around and play Lyon County on Saturday, April 23 for a play-in style game as the First and Second Region All “A” winners to decide who will make it to the state tournament.

Sun Apr 24 , 2022
Acoustic guitar duo, Rodrigo y Gabriela, performed at Pfleeger Concert Hall on Saturday, April 16 as part of the Marie Rader Presenting Series from the College of Performing Arts.  The group consists of Rodrigo Sanchez and Gabriela Quintero, who hail from Mexico City, Mexico. They first performed together in the […] 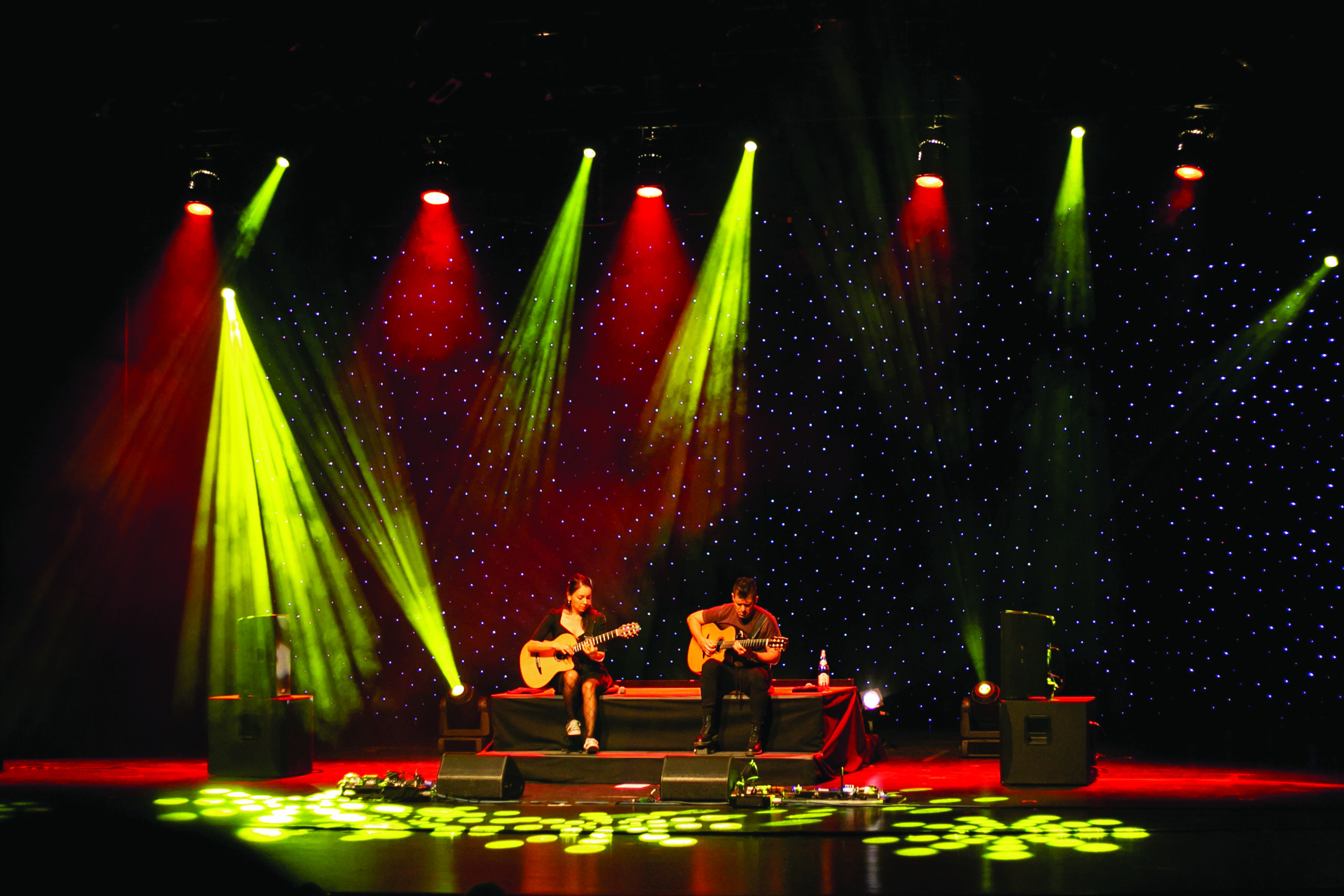