Mike Benning is heading back from Boston with some hardware.

Scoring the go-ahead goal in the third period, the Panthers prospect helped Denver claim its record-tying ninth NCAA title with a 5-1 win over Minnesota State at TD Garden on Saturday.

With the game tied 1-1, Benning, who generated the rebound that led to Denver’s first goal less than three minutes earlier, blasted a one-timer past Hobey Baker Award winner Dryden McKay to put the Pioneers on top 2-1. From there, Denver added three more goals to claim its first championship since 2017.

“I kind of blacked out,” Benning told ESPN when asked about his goal during a post-game interview. “I just saw my teammates coming towards me. I had to celly. It was a big one. I thought I owed it to the guys after taking a penalty. I’m kind of at a loss for words right now.”

After dishing out two assists in a 3-2 victory over fellow Panthers prospect Mackie Samoskevich and Michigan in the semifinal on Thursday, Benning registered two more points (one goal, one assist) against Minnesota State to earn the title of “Most Outstanding Player” in the Frozen Four.

Putting an exclamation point at the end of a stellar sophomore season, Benning finished his second tour of the collegiate ranks leading Denver’s defensemen in goals (15) and points (38).

“There’s not another group I want to do it with,” Benning said.

Thu Apr 14 , 2022
Christian Bryant explores what impacts Title 42 has had on immigration thus far and what impacts will come once it is scheduled to end in May. The Biden administration announced plans to officially lift the controversial policy known as Title 42 on May 23 — but there’s growing concern that […] 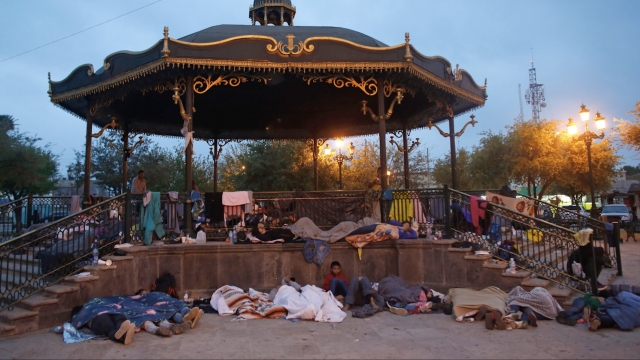